The city of Dohral is a young coastal city, founded by contract negotiated between the dwarven lord of the Eastern Citadel and (Lord) Bennin oz Dohral. The late Lord Bennin oz Dohral had, in his younger days been stranded in this region, met and befriended the dwarves at that time and maintained contact over the years. This ultimately lead to the contract for timber that stands to this day - the heart of the city and her wealth.

The founding of the city was a strange event indeed. Rumors abound but the truth of the matter is that Dohral hired wizards by the score. By means of magic a vast depth of coastal material was first contained by timber pilings and then converted to mud. This was then subjected to magic which again transmuted it to solid stone, the base on which the city was constructed. Wizards and elementals figured highly in the construction from start to finish; the result being a well defended city, purpose built to the task desired. 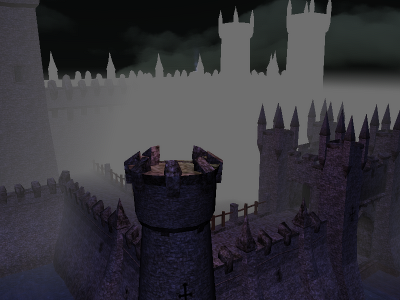 The same wizards and elementals then carved the roadways inland and setup the initial lumber camp - the whole project completed in just five years thanks in part to cut stone and consultants supplied by the dwarves.

The people that originally populated the city were a grand exercize in nepotism; the retiring Captain Bennin oz Dohral, visited each of the cities he had ever visited and there entered whatever deals were needed to win the right to bring select individuals and their familes (craftsmen of various sorts) to dwell as Dohral's on vassals in the new city. These were each hand-picked persons with which Dohral had had long dealings and established a rapport and respect for the work of the crafter. As a result of this, the first generation, and well beyond, of the inhabitants of the city were highly respectful and loyal to Bennin oz Dohral and his family. Though several generations have passed since the founding of the city, it continues to enjoy a high degree of loyalty in the citizens.

Today, the city manages lumber operations located inland along the banks of the Zeethan river. Annually, the timber is sent downriver to the Eastern Citadel where the dwarves claim their share and the rest is conveyed to the city of Dohral where it is either used locally or shipped abroad.

The city's rulers, descended of Bennin oz Dohral, oversee a sprawling merchantile empire, whose seat is Dohral. While, locally, lumber is the heart of the family fortunes, it is trade itself, in ships that ply routes far and wide along what is known as the Acerian Tradeway. With shipping offices in dozens of cities from Dohral to Hadabartha, the true source of family wealth is founded in the diverse trade routes they have developed over the decades.

The region produces vegatables sufficient for local consumption on numerous farms in and near Dohral itself, but the region is a consumer of grains, textiles and finished goods. Locally the shipbuilding industry is being fueled by the interest of the ruling family and the abunance of materials.

Trade with the nearby dwarven clans is not limited to the annual timber contract, but includes large quantities of greatly varied goods. The dwarves are great consumers of grain (local clans abundant water and now grain has allowed it to prosper as a producer of ale. The dwarven clans are also consumers of vegatables, breads, wooden goods and gemstones from afar. These same dwarven clans trade to the trusted merchant lines metal ingots, worked metal goods, ale, jewelry and other dwarven surplus.

Retrieved from "https://argentumregio.fandom.com/wiki/Dohral_City?oldid=4992"
Community content is available under CC-BY-SA unless otherwise noted.